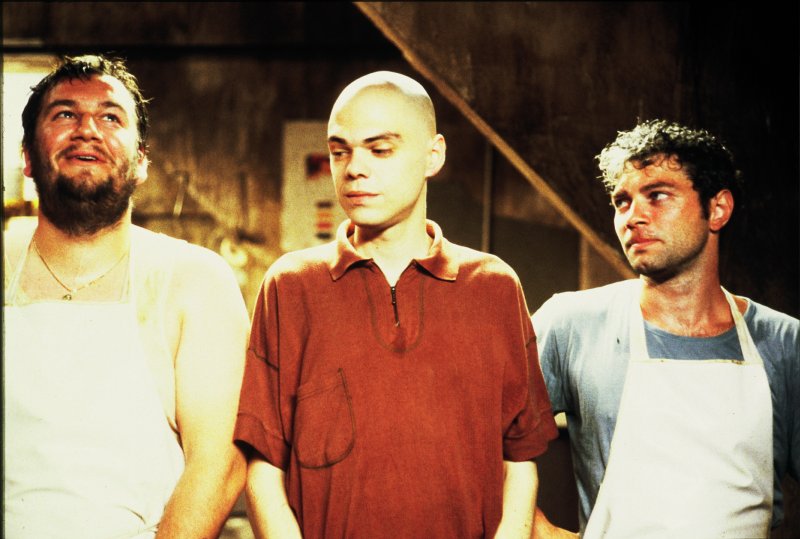 Harry (28) decides to move to Brussels, ready to step out into the wide world. He gets on a tram which is being driven by Jeanne. They exchange glances, and with that the first, albeit hesistant, contact between them is made.

At the 'Manneken Pis' stop, Harry gets off, looking for the Rue au Beurre, where he is hoping to rent a flat. The earthy and slightly eccentric Denise is the building's concierge. He is in luck, a flat is vacant.

Harry finds a job washing up in the restaurant, 'La Croquette Magique', where he is given a hostile reception by his new workmates, who let no opportunity pass of putting Harry to the test. Within a short time, however, Harry manages to win the respect of the kitchen's macho-men.

Before long, Harry becomes more than just another passenger on Jeanne's tram. They get to know one another and the sparks begin to fly. Harry becomes infatuated with Jeanne, and he does all he can to win her over. Jeanne feels the same way, and she never lets the chance pass of making her feelings clear.

Harry's shyness and awkwardness, however, are at odds with Jeanne's cheerfulness and self-confidence. Not only that, but the rather meddlesome Denise, Jeanne's best friend, throws a spanner in the works.

And so begins a game of attraction and repulsion between Jeanne and Harry which is not only to radically effect their own lives, but also the lives of those around them...

They had several well-known songs such as 'Ik Hou Van U', 'Wat is Kunst?' and 'Satelliet S.U.Z.Y.', and their cover of Will Tura's 'Arme Joe' got a lot of attention.

In 1995 Noordkaap made the soundtrack for the movie 'Manneken Pis' and reached a broader audience. The single 'Ik hou van u' was in the charts for many weeks. In honor of Belgium's 175th year anniversary in 2005, it was re-released in a blend of French and Dutch.