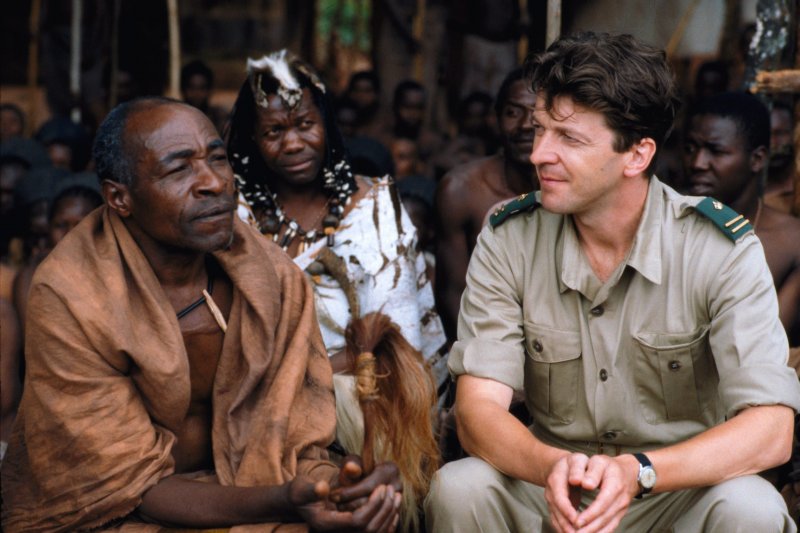 Kongo tells us the story of Guy and Luc who leave together for the Congo in 1945. Luc and his wife Hélène will work on his father's recently acquired plantation, Guy will take up a post in the colonial government.

It doesn't take long before Guy comes face to face with corruption which is rife there. The war has taken its toll on the Kongo and has left its scars. Guy  clashes with Roland, manager of the local mine. Luc's problems will be more of a personal nature. He works very hard to expand the plantation. This only worsens his relationship with Hélène...

Henny Vrienten is a Dutch composer of TV and film scores. He used to be the singer, songwriter and bass guitar player of the popular band 'Doe Maar'.

Beginning his career in the late 1960s as a member of local outfit Les Cruches, Henny spends the early 1970s writing songs for others and recording two himself as Ruby Carmichael or Paul Santos. He also works and tours with singer-songwriter Boudewijn de Groot.

In 1980 he joins the band 'Doe Maar'. At the time the band quits (1984), Henny records some solo-albums, including one with Herman Brood. Instead of embarking on a solo-tour, Henny decides to stretch himself by writing TV and film scores.

In the mid-1990s Henny ended up collaborating with rapgroup Osdorp Posse. In the same year he also wrote the sountrack for the series 'Kongo'.